I had the opportunity recently to spend a few days in sunny Florida with a group of VMware’s Professional Services leaders. The week was spent discussing, demonstrating and teaching them all about the newly released vRealize Automation 7. We focused on how this release could deliver on the promise of truly flexible, extensible automation and enable our customers’ journey to the cloud. But across many of my sessions and discussions, it became obvious that there was a looming question – an elephant in the room.

I wanted to take a little while and outline what Multitenancy really means, from the formal definition to the way that VMware implements the concept in vRealize Automation, and what that implementation really means for you, my readers, co-workers, customers and friends.

Let’s start with the formal definition, for which I will reach out to Gartner. I chose Gartner as my source for this definition because I believe that this is where many people first saw the term become popular.

“Multitenancy is a reference to the mode of operation of software where multiple independent instances of one or multiple applications operate in a shared environment. The instances (tenants) are logically isolated, but physically integrated. The degree of logical isolation must be complete, but the degree of physical integration will vary. The more physical integration, the harder it is to preserve the logical isolation. The tenants (application instances) can be representations of organizations that obtained access to the multitenant application (this is the scenario of an ISV offering services of an application to multiple customer organizations). The tenants may also be multiple applications competing for shared underlying resources (this is the scenario of a private or public cloud where multiple applications are offered in a common cloud environment).”

Whew, that’s a mouthful. Let’s break it down a little bit, as it specifically pertains to vRealize Automation (vRA,) starting with an example.

Frank works for the finance department of a large company. He is responsible for deploying a new instance of a SQL-based financial application. The database for this application contains very sensitive company data that must be protected from unauthorized disclosure – both within the company and to external parties.

Andy, on the other hand, is an intern with the application development department of the same company. He needs a new external, forward facing web server to be provisioned. This server will be available to everyone in the world – both external and internal users.

And finally, Isaac is a system administrator with the IT department at our fictional company. He is tasked with configuring and maintaining the vSphere environment, storage systems and vRA instance (busy guy!)

Now, as the management plane for a hybrid cloud solution, vRA positions itself as a manager of managers. It inherently has visibility into all of the resources that it is responsible for managing, allocating and providing access to. These resources, as defined above, are shared – that is the very nature of cloud computing. Things like compute power in the form of vSphere Clusters or vCloud Air blocks, abstracted storage capacity in the form of vSphere Datastores, network access, etc. One of vRA’s many responsibilities is to act as an authentication and authorization solution – ensuring that while Frank and Andy can both log in to the same portal, they can only see the resources that they have been granted access to.

That means that Isaac must guarantee that Andy cannot access that sensitive financial data that Frank is working with. And while Frank may be a skilled DBA and analyst, the last time he wrote any code was back in the Cobol days – what business does he have deploying web services? None, that’s what!

This is a classic multitenancy example in a cloud-oriented world. Apply the same principles to your own organization – you should be able to see the parallels immediately. Replace Finance and Development with Test and Production, or with your Palo Alto and Washington, DC branch offices.

Here’s where the good news starts. vRealize Automation has been designed to account for exactly these principles. Inside the platform, VMware has provided quite a few layers of access control. Let’s explore some of them in greater detail. 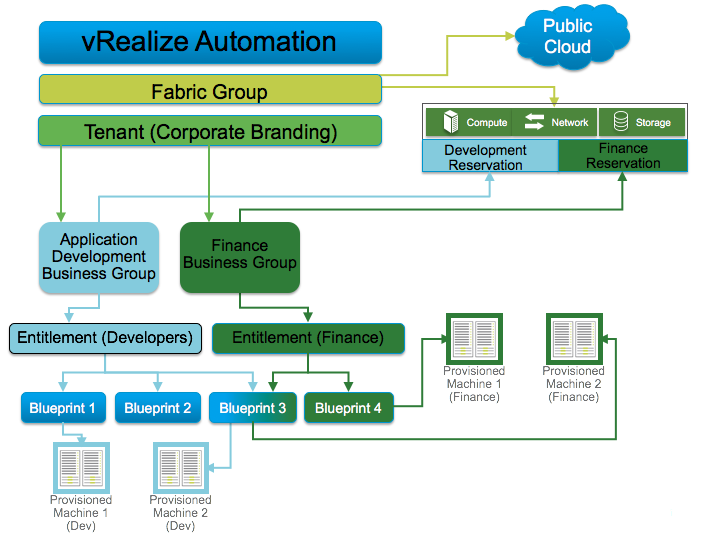 So, in our scenario, Isaac would use the Default vRA Tenant for his organization – since it’s all the same company, no special branding is needed. He would then create a Fabric Group that encompasses the appropriate computing and storage capacity for his departments – whether public cloud based like vCloud Air or private cloud, like an on-premise vSphere environment. Then, he would make two Business Groups for the Finance and Development departments – each with a Reservation specifying how much of the fabric capacity the department could consume. Finally, he would configure Entitlements that determine which users/Business Groups can deploy and manage which types of Blueprints. The image above illustrates that while in some cases Blueprints may be shared, the ability to manage workloads provisioned from those shared Blueprints has been limited by the Business Group. 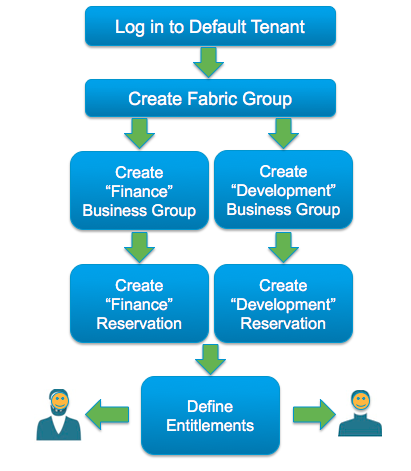 The segregation outlined in this scenario is more than sufficient to meet the multitenancy requirements of virtually every customer. And when you add the incredible power of NSX Micro-Segmentation to your environment, the levels of isolation you can achieve between deployed machines, network segments, organizational units, etc is simply unparalleled.

Now, one potential concern that I have heard customers raise is that an Infrastructure Administrator can “see” the available resources attached to every endpoint. Well, yes and no! In our scenario above, Isaac definitely knows that compute clusters and Datastores dedicated to both Development and Finance exist – that’s his job, after all! But vRA does not enable him to browse those datastores, or manipulate the provisioned servers owned by those Business Group members. Since vRA is positioned to be that manager of managers, owned and maintained by the cloud (or IT) team of an organization, does the simple awareness of the existence of these resources really present any risk?

My argument would be that no, outside of the very rare scenario of a formal carrier-grade service provider – it doesn’t.

I hope this post has helped to clear up some of the confusion around Enterprise Multitenancy in vRealize Automation and helps put some of the FUD around this concept to rest.

Please feel free to leave any feedback you might have in the comments by clicking “Leave a Comment” at the top of the article. I’m very interested in hearing what others think about this topic. 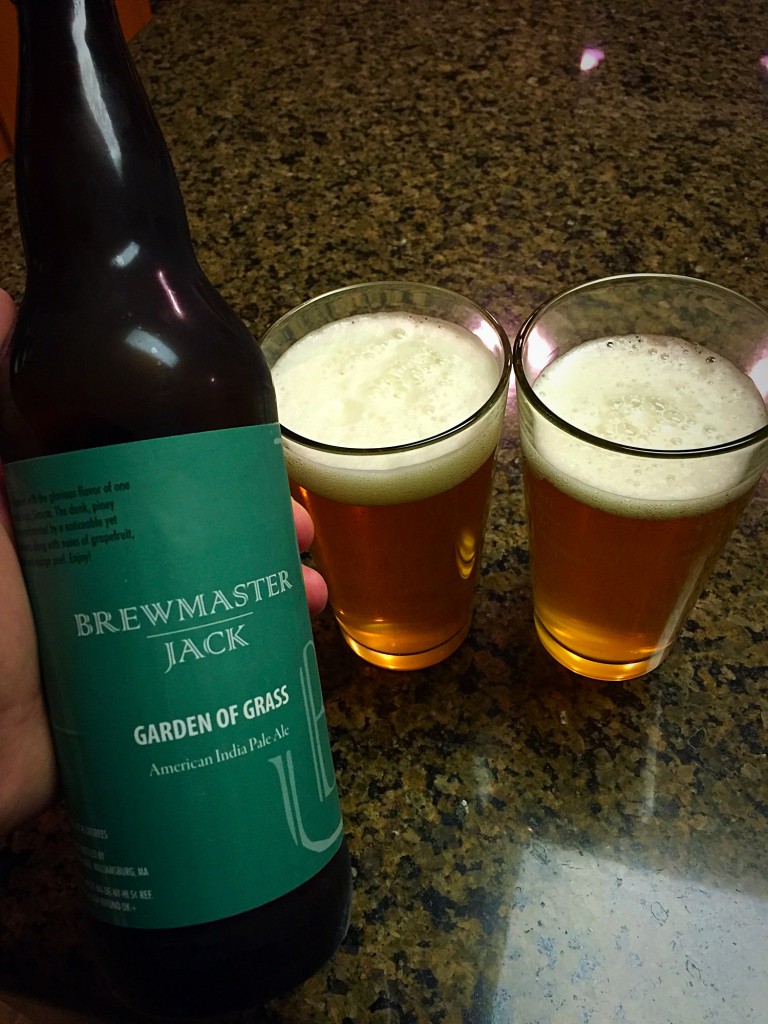 And of course… This post was brought to you by Brewmaster Jack’s Garden of Grass American IPA. This fantastic fresh hop beer sports a rare and “experimental” hop varietal known as HBC 452, which imparts a great and juicy watermelon flavor that mixes with the distinct piney-ness of Simcoe hops.