January 2015 marks the 1-year anniversary of when I started my time with VMware. I thought it would be fitting to spend some time reflecting on what has undoubtedly been the most exciting, challenging and satisfying year of my life.

So where to start? I guess the most appropriate and impressive place would be with the people.

I’ve had a lot of jobs in a lot of sectors, at both ends of the country. From east coast startups and higher education to west coast DoD contracts, I’ve met and worked with all kinds of people. And it’s very safe to say that the people are what make VMware really special. I’ve never had the pleasure of working with a more intelligent, innovative, friendly, helpful or welcoming group of people. And VMware as a company goes to great lengths to foster that – they invest so heavily in us; as employees, as citizens and as individuals. The emphasis on charitable works and giving back to our communities are unlike anything I’ve ever seen before. It’s amazing and wonderful, and it’s the one thing I wouldn’t trade about this company for anything.

I was also more than a little apprehensive about the total transformation that my life would undergo in order to accept this new job. I was so used to working in cube farms -, could I really make the leap from operations and management of large scale datacenters to working from home and meeting with customers all the time? This was another way that VMware’s people really made a difference. I was fortunate enough to be hired by one of the best managers in the company and join a pretty elite team, all of whom were as eager and pleased as could be to mentor me through that transition. I have been on various kinds of “teams” before, but had apparently never experienced the true meaning of the word. Maybe I should have played more sports… Nah.

The next most amazing thing about this company would have to be the incredible pace and quality of innovation that we produce daily. Some of the most talented developers, engineers and strategists on the planet work for VMware – and I think the reason is that creativity and daring is fostered and even encouraged. Nobody is afraid to take a risk and it shows – just look at the unprecedented growth that the company has experienced over the past few years. The ESX hypervisor revolutionized the way that the industry thought about computing and infrastructure, and in a relatively short period for such a revolutionary shift. Now VMware is tackling the same transformation in so many other areas of the datacenter – networking and security through the NSX product, enterprise mobility through AirWatch, and homogeneous hybridity through the vCloud Air and newly-announced vCloud Government Services.

Finally, I love my customers. I never get tired of interacting with them. Each and every one has a unique story to tell and a unique set of problems that need solving. I get to travel the country and help all of these amazing organizations identify the barriers that are holding them back, then realize the benefits that VMware’s solutions have to offer. It’s one of the most wonderful and truly win-win situations I’ve ever encountered; my customers overcome the hurdles holding them back and transform their businesses, all while saving money. VMware, in turn, gets to keep on being the fastest-growing software company ever and continue producing incredible advances in IT. And I get to have a blast doing it. It’s genuinely a job I can feel good about. It’s fascinating, terrifying, challenging, and most of all fun.

That pretty much sums up my impressions after the first year. I’m looking forward to many, many more – we have so much potential and so many amazing new horizons to cross that the future’s never seemed brighter, not even to Corey Hart.

Incidentally, this bout of lucidity was brought to you by a velvety 2010 Suisun Valley Petit Sirah from Mangels Vineyards. This inky-dark wine has a big, bold mouth feel with tons of fruit on the pallet and a finish that seems to go on forever. The Suisun Valley is a scrappy young appellation that produces some incredible and somewhat undervalued fruit, one which has the potential to be an increasingly major player over the coming years. I could draw an obvious comparison between enology and the software industry right now, but again… Nah. You got this. 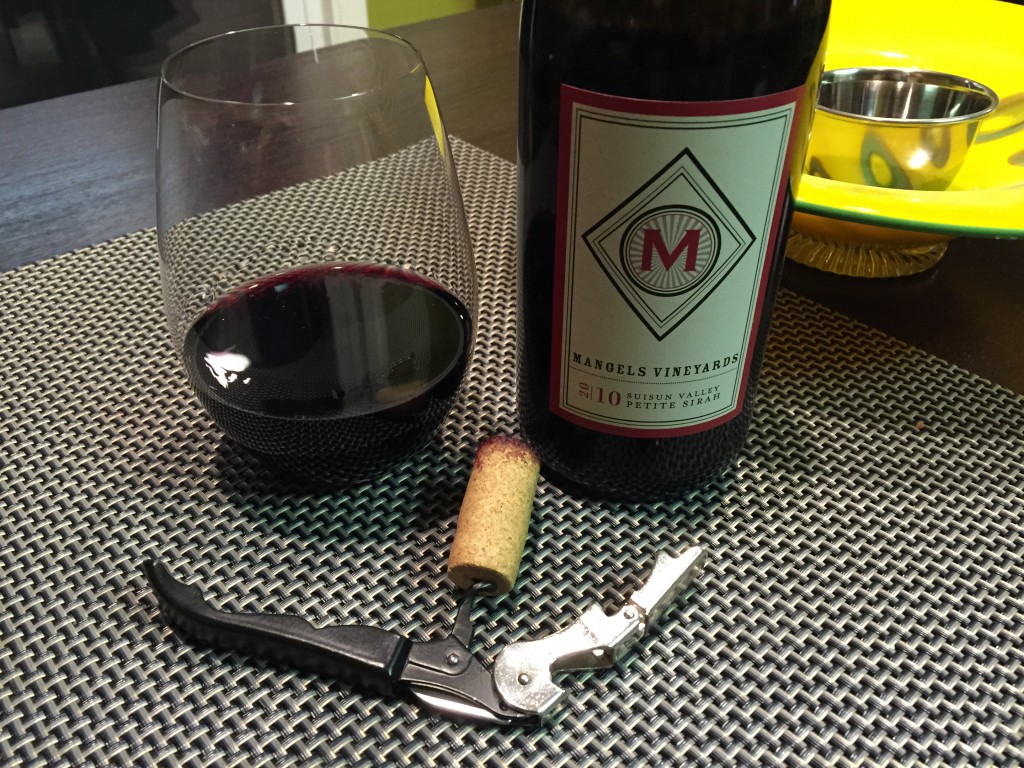 Here’s to the future.